Even though it wasn’t explicitly mentioned in Nathan’s speech to David, (he spoke of לא תסור חרב מביתך and לקחתי את נשיך לעיניך ונתתי לרעיך) it’s clear that if not for David’s חטאתי he would have died. David is facing the same fate as Saul: to die ignominiously, to lose four of his children, and to lose the kingship. The difference is in their reactions to the news. Saul goes into denial:

David simply says חטאתי לה׳. He admits his guilt. And ה׳ commutes his death sentence, but the other parts of his punishment remain. That’s because תשובה is more than just confession:

The remainder of ספר שמואל is fundamentally the story of David’s תשובה. The punishment still happens; he loses four sons as we discussed last time, and he will lose his kingdom and see his wives publicly taken from him, but he will regain that kingship and end up with a son, Shlomo, who continues his legacy.

There is a well-known פרק תהילים that expands David’s mental state with his חטאתי לה׳, that we quote three times a day. It is the true expression of David’s ווידוי:

David asks for forgiveness for his sin, and admits that he sinned—פשעי אני אדע— but doesn’t mention the sin. The Rambam points out that a true ווידוי needs to be specific: ועשיתי כך וכך. Rabbi Avi Baumol points out that the כותרת is part of the פרק, and it is very specific: כאשר בא אל בת שבע.

לך לבדך חטאתי is the hardest pasuk to understand. His sin was against Bat Sheva and Uriah; what does לך לבדך mean? Certainly Nathan accuses him of sinning against G-d as well: (שמואל ב יב:ט)‎ מדוע בזית את דבר ה׳ לעשות הרע בעינו. When David abuses his power for his own personal needs, it is a חלול ה׳:

And David will certainly have to do תשובה for what happened to Bat Sheva and Uriah; we’ve talked about the concept of יבום, and the requirement for an אונס to marry his victim. But Rabbi Baumol points out that’s not what this perek is about.

In other words, פשעי אני אדע, I publicly acknowledge my sin, even though לך לבדך חטאתי, only You knew the truth about it, למען תצדק בדברך, in order to demonstrate Your justice. As Rabbi Baumol says (p. 111) “I thought my sin would be only before G-d but now I realize that I must confess my sin before all my peers”. 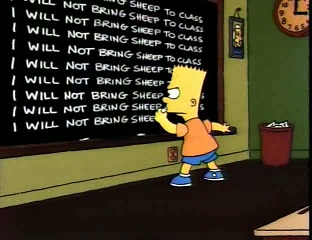 The next part of the perek sets up the fundamental dialectic of humanity: בעוון חוללתי but לב טהור ברא לי אלקים. First he deals with the negative: I was conceived in sin. But this isn’t the Christian concept of Original Sin, that we start life having already sinned. We are only born with a tendency to self-interest (יצר הרע):‎ (בראשית ד:ז)‎ לפתח חטאת רבץ. Deep inside me is the truth, אמת חפצת בטחות, and with Your help I can go from my misery (עצמות דכית) to joy. תשובה is possible, but only with G-d’s help, and only if we start the process:

And then the parallel stich is the positive: לב טהור ברא לי אלקים. The complete pasuk in (בראשית ד:ז) is לפתח חטאת רבץ; ואליך תשוקתו ואתה תמשל בו. We are not our יצר הרע. And, David adds, if I can achieve repentance and forgiveness, I will be an example to others: אלמדה פשעים דרכיך.

So save me from this “blood guilt” and I will write this very song that is the יסוד מוסד לעיקרי התשובה:

And a sincere prayer is even better than a sacrifice (לא תחפץ זבח ואתנה; עולה לא תרצה), which is a pretty radical idea but it’s exactly what Samuel told Saul:

And this relates to an obscure pasuk at the end of ספר שמואל:

עולה של תשובה is generally understood as עֹולָהּ: ”the yoke of repentance“. David by admitting his guilt with Bat Sheva becomes the exemplar of someone who bears the burden of repentance. The Maharsha says that’s not what the gemara is talking about; there is no “yoke” of repentance. The Gemara is referring to the עֹולָה, the “burnt offering” of repentance:

The עולה is a tool for תשובה. It is the only קרבן that can be correctly translated as “sacrifice”. ה׳ doesn’t need it, we do, to put ourselves in the correct frame of mind to change:

So now we can go back to the gemara that claims that David never sinned:

There’s another gemara that has a similar message, that David wasn’t really at fault in the affair of Bat Sheva:

How can we say David didn’t sin, or that he only did it as a lesson for בעלי תשובה? I think we are mis-reading the gemara. In the context of תנ״ך, the David of the Bat Sheva incident is inconsistent with the David of the rest of ספר שמואל and the rest of תנ״ך. That doesn’t mean it didn’t happen in the life of the historical David. But why write it as as such a major part of the literary work that we have before us? It’s for the lesson about ליתן פתחון פה לשבים.‎ האומר דוד חטא אינו אלא טועה means that if you read this and all you can say is דוד חטא then you are אינו אלא טועה. You are missing the point. You are making Meir Sternberg’s mistake, reading a single chapter as an independent short story. There is a novel here, with an arc of character development that cannot conclude with דוד חטא.

And that is how to read David and Bat Sheva.