After a long break to look at תהילים קיט, we’re back in ספר שמואל, about to start on שמואל ב פרק י, which is the war with Amon that serves as the backdrop to the story of Bat Sheva. But first I want to go back to פרק ח and the series of wars that preceded the Amon War: the wars with Philistia, Moav, Aram and, last, with Edom:

And we looked at the פרק תהילים dedicated to that war:

That perek was not a celebration of victory but a dirge, a lament about a lost war, and the commentators struggle to reconcile the two versions, and understand that the war initially went very badly:

But David rallied and eventually conquered Edom. But that war ended very badly, as we see from מלכים א:

And this was one of the failures of David’s reign:

To make a contemporary analogy, the war with the Philistines was like the 1948 Israeli War of Independence. The Philistines had ruled Israel for more than 100 years. The Moabite war was like 1956; an aggressive war that demonstrated Israel’s might but for no clear purpose and with no clear outcome. The Aram war was like 1967, a miraculous battle that showed the world that G-d was on our side. As תהילים פרק סח says, ארץ רעשה אף שמים נטפו מפני אלקים…הר אלקים הר בשן. The Edomite war was like 1973, a war that showed Israel’s vulnerability and nearly ended in disaster. The Amonite war still to come was like the 1982 Lebanon War, a quagmire that no one wanted to start and no one could figure out how to end.

So why does David invade Edom after conquering Aram? It doesn’t appear to be for the money:

My idea is that David is trying to fulfill an ancient prophecy:

There is this sense that in the אחרית הימים, Israel will spread out ימה וקדמה וצפנה ונגבה (the directions of Philistia, Moav, Aram and Edom!), and will be led by the שבט מישראל. That leader is the scion of Yehudah:

And it is specifically Edom, the “evil twin” of Israel, that is to be subdued:

It’s never a good idea to try to make prophecies come true. Our role in the world is determined by the רצון ה׳ as defined by the halacha. Rabbi Shulman has talked about this in reference to David not forcing the prophecy that he would be king. He never tried to kill Saul, but here it seems that he wanted to be the כוכב מיעקב and שבט מישראל who would קרקר כל בני שת.

This matters today as well. ישוב ארץ ישראל cannot be to “force” the גאולה; it needs to be done as a מצוה for the here-and-now.

That was the story of the war with Edom. The following was inspired by a question from my daughter at seminary, who wanted to know how על נהרות בבל, about the Babylonian exile, could be written by David. There are two traditional approaches: first, that ספר תהילים was largely written by David, but not finalized until much later (שיר השירים רבה ד:ג lists Ezra as one of the authors of תהילים), so על נהרות בבל was simply written after the destruction of the temple. The second approach is to say that it was a prophecy about the future, written in the time of David but not made public until later:

I actually have more of a problem with the prophecy model, since we have no source for a “hidden” נבואה. The authority of a נביא applies only to their generation, and in rare cases extending beyond that:

If we read this as one sentence, the grammar makes no sense; “By the rivers of Babylon, there we sat”. The word “there” is redundant. I would read על נהרות בבל as the כותרת. The title is On the Rivers of Babylon, with the intentional ambiguity of on: “about” or “by the side of”. The text starts with a vaguer “There we sat and wept”.

This is generally understood as “we hung our harps on the willows (that grew by the rivers, ערבי נחל) since we didn’t want to play them”. The Malbim has an interesting interpretation:

That’s beautiful, a very Zionist sentiment that we quote, that we sing at weddings. But then the tenor of the perek changes:

Where did Edom come from? If we accept the נבואה interpretation, it’s about the destruction of the second בית המקדש:

Otherwise, we have to say that Edom participated in the first חורבן:

If this is a נבואה about Rome, then בת בבל השדודה means “you, Rome, are the daughter of Babylon that was destroyed, and you too will be paid for your crimes”. If this is all about בבל, then בת בבל means “the people of Babylon”, and it is a prayer for the future (if we are exiled על נהרות בבל, then clearly it’s not destroyed):

Malbim proposes that this perek was actually written after the fall of Babylon, and was a look back at how the Jews felt about the חורבן:

And then the shocking last pasuk, that isn’t so much a conclusion as an aposiopesis that is completely out of character for ספר תהילים:

I’m going to propose a third way of understanding תהילים like this, more as an intellectual exercise; I’m not convinced it’s the correct way to read this. How can we read this perek as written in the time of David, not to be hidden away as a prophecy for some future generation, but as a psalm that had meaning for his contemporaries? תהילים is part of כתובים, after all, not נביאים. It was written ברוח הקודש and has meaning for all future generations, and the generation of חורבן בית ראשון read it as being about the Babylonians destroying the Temple, and we read it as being about both destructions. But I would propose that this was not the original way it was read.

Who are the bad guys in this perek? It’s not Babylon, it’s Edom. Edom is the one calling for the destruction of Jerusalem, the one who is called בת בבל השדודה, ”daughter of destroyed Babylon“. What would בבל mean to David and his contemporaries?

Before the Babylonian empire conquers the world, בבל comes up once in תנ״ך:

There are many interpretations of what the sin of the Tower of Babel was, but I would read it like the Netziv: 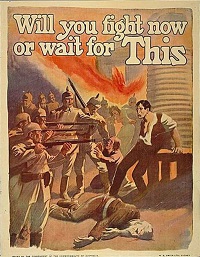 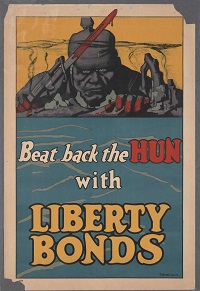 בבל was a symbol of fascism, a response to the chaos of דור המבול but going to far. I would read this perek as being about Edom as the enemy, a propaganda piece that portrays them as the descendents of בבל השדודה, the destroyed Tower of Babel that sought to rule over all the world. It was a response to the loss in the war of Edom of תהילים פרק ס,‎ אלקים זנחתנו פרצתנו. It subtly manipulates our emotions, from the sadness of שם ישבנו גם בכינו to the nationalism of אם אשכחך ירושלם, to the hopeful prayer of זכר ה׳ לבני אדום את יום ירושלם to the violent jingoism of אשרי שיאחז ונפץ את עלליך אל הסלע. And that’s where it ended up: