There’s an important rule about shiurim:

This week’s parasha is about building the משכן:

Most of those materials we understand. But what are ערת תחשים?

The term only appears a few times in תנ״ך. In the context of the משכן, they were used as the outermost cover:

And similarly when the vessels were moved:

And only once more, in יחזקאל. This is the section that we quote in the seder, the metaphor of בני ישראל as a lost, unclothed girl who is rescued by ה׳, ‎ואמר לך בדמיך חיי ואמר לך בדמיך חיי.

So presumably ערת תחשים are some kind of protective leather; likely waterproof, windproof and sandproof. But ערת of what? What is a תחש?

In modern Hebrew, a תחש is a dachshund. They’re cute, but they didn’t exist in the time of תנ״ך, and I don’t think they would make a good cover for the משכן. How the wiener dog got the name תחש is an interesting story. It starts with Rashi’s translation of the verse from יחזקאל:

“I shod you” translates in modern French to “je t’ai chaussé” and Latin to “ego calciavi te”“. You can see the first three words in there. An article in HaAretz claims טיישון is old French for ”badger", גירית in modern Hebrew:

(in modern French, “badger” is “blaireau”, though in Spanish it’s “tejón” and in Occitan it’s “taisson”.)

The problem is that the words א״י קלצי״י ט״י טיישו״ן בלע״ז do not appear in the original manuscripts of Rashi, only in the later printed versions. They appear to be a editorial insertion. Where does it come from?

So we can reject badgers (even though that’s how the King James translates it). But dachshund?

So תחש isn’t a dachshund. I don’t think those would work anyway. 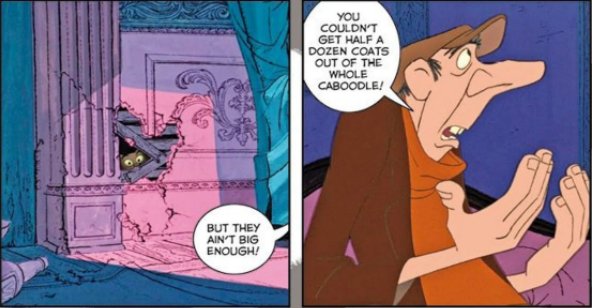 A תחש is also the word for a dugong, the Indian-Ocean cousin of the manatee. In fact, the full name is the תחש המשכן. 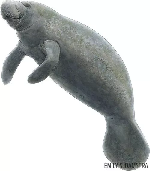 Now, I haven’t found a modern source that translates dugong into Arabic as anything like דארש, and even that doesn’t sound much like תחש. The claim of an Arabic word comes, as far as I can tell, from the 1906 Brown–Driver–Briggs A Hebrew and English Lexicon of the Old Testament, and there it’s translated as “dolphin”. The modern Arabic word is الأطوم (al-utum).

Those are pretty weak. We have more clues about the תחש from the works of חז״ל (admittedly, much later).

So the תחש was a fantastic animal with a single horn that doesn’t exist: a unicorn! Using unicorn hides for luggage and shoes seems pretty frivolous. But the European mythological unicorn was based on a real animal, the rhinoceros, and its hide is the paragon of toughness and would be perfect for that:

The problem is the לפי שעה נזדמן לו למשה: rhinos exist in Africa and Asia and must have been known to בני ישראל.

But there’s another “unicorn” that fits the bill: the narwhal.

It’s a marine mammal, so has a waterproof, tough hide. The reason that modern commentators reject it for the תחש is that it only exists in the Arctic, nowhere near the Sinai. But that means it fits the gemara! It is unique, a בריה בפני עצמה, has a קרן אחת (though not technically במצחו, more from its snout), and if ה׳ brought it to the Red Sea for the purpose of building the משכן, then you could say לפי שעה נזדמן and then נגנז. Not that it was created at that point and then ceased to exist, but it was prepared and then hidden away. I like the idea, though why the משכן would specifically need a unicorn I don’t know, though we’ve talked about the symbolism of קרן אחת במצחו before.

There are other opinions about the תחש:

So רבי נחמיה says it was לשעה נבראת, so back to the fantastic unicorn. ר׳ יהודה however says חיה טהורה גדולה היתה במדבר, it’s a real wilderness animal, large, with a multi-colored coat and a single horn. And it’s kosher! There’s an animal that seems to fit the bill: the giraffe. 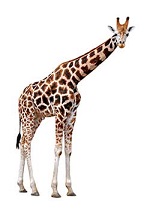 Getting back to the kosher animal idea (which would eliminate the dugong, rhino and narwhal):

Notice that ר׳ יוסף isn’t saying that ססגונא means שש בגוונין, ”happy with colors“; he’s saying that אי הכי, if the תחש had גוונין הרבה, then he would interpret the choice of the word ססגונא as being a hint to that idea. Rashi takes it more literally and adds some of the midrashim:

Most commentators translate טיינין and גלקטינין as the names of colors or dyes. Similarly, the Septuagint:

And the Jastrow dictionary relates ססגונא to a Persian word that means vermilion, sky-blue or blue-black (see Parshablog). In modern Hebrew, ססגוני in fact means “colorful”.

So the ערת תחשים, whatever animal they were made of, were colorful. Why does that matter?

I am not a chasid, but the Berdichever Rebbi has a wonderful answer:

The cover of the משכן was meant to be fun, attracting the people to the serious spirituality within. And that’s why we start with a joke.