I would like to go back to the war with מדין that we looked at last week:

And remember that while only a small fraction of the people went to war, those who stayed behind still had a role to play:

One of the unique aspects of this war was that after the victory, ה׳ explicitly commanded Moshe how to divide the spoils:

This idea, that the spoils of war should be split evenly between the soldiers and those on the home front, goes back to Avraham:

Rashi’s reference to David is from when David was on the run from Saul and living, with his family in a city in the Negev called Ziklag. He had accumulated a gang of 600 men and was in the north to volunteer to fight with the Philistines against Saul (there’s quite a backstory there; learn שמואל א for details). While he was gone, a small army of Amalekites attacked Ziklag, taking the inhabitants hostage. David chases after them with 400 men, leaving 200 behind to guard the city:

The Malbim explains what it means to be a חק ומשפט:

The way we divide the spoils of war reflects the way we look at our battles. Victory depends not on might but on ה׳, and while we need soldiers to fight, we also need to acknowledge ה׳'s role through our prayers.

Where does that leave us, facing a deadly situation in Israel while sitting safely far frmo danger, not even able to יושב על הכלים? We can still be מתפלל, to try to make אחינו כל בית ישראל deserving of ה׳'s intervention. And one way we do this is through the recitation of תהילים‎. One of the תהילים‎ that we have been saying in פרק פג. I wanted to look at that more closely, so we actually can understand the words we are saying.

אסף is listed as the author of 12 of the תהילים‎ (or at least dedicated to him). He was one of the Levites who David appointed to sing before the ארון:

His תהילים‎, in general, are much more harsh than the “גם זו לטובה” attitude that David’s psalms evince. He’s much less politically correct:

Malbim holds that while the bulk of תהילים‎ was compiled by David, they were still edited in later generations up to the time of the beginning of the Second Temple. He feels that this perek is related to a specific historic incident: 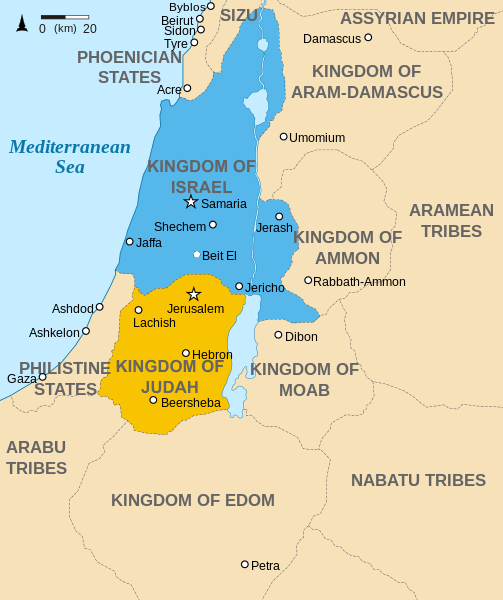 The Malbim points out that the three terms דמי, ‎ תחרש and תשקט are different. דום is used in the sense of inanimate, the opposite of חיים.‎ חרש means mute, unspeaking. שקט in תנ״ך doesn’t mean silent, but quiet in the sense of still, peaceful (ותשקט הארץ ארבעים שנה doesn’t mean that nobody spoke). So the sense of the pasuk is and escalating plea: ה׳ don’t be דום; feel something! Don’t be חרש; say something! And don’t be שקט; do something!

Why? Because all the surrounding nations are conspiring together. We have no earthly allies. נכחיד means extinct; they are trying to eliminate Israel as a people.

And who are these surrounding nations? The author lists just about everyone, from the well-known to the most obscure. He starts with אדום and ישמעאל, the people most closely related to us (יעקב‘s and יצחק’s brothers, respectively), who would be hoped to be more sympathetic. Instead, they are leading the camp. מואב,‎ עמון,‎ עמלק and פלשת we know. צור is a Phoenician city; in תנ״ך the Phoenicians are considered allies of the Philistines. גבל is mentioned one other time in תנ״ך, in יחזקאל כז:ט as one of the Phoenician cities. It is usually identified as Byblos in northern Lebanon. הגרים is more of a mystery (it’s “Hagrites”, not “the Grim”, by the way). Presumably they are the הגריאים mentioned in דברי הימים:

Which would put them in modern eastern Jordan. It is usually assumed that they were descended from Hagar, Avraham’s wife. If she is identified with Keturah, then we have a list of nations besides Ishmael:

The fact that Aram is not mentioned argues for an earlier date of composition; at the time of יהושפט Aram was the major enemy of Israel and Judah.

Assyria at this time (even in the time of יהושפט) was not the world-dominating empire it would become. Here they are just mercenaries for the other enemies of Israel. Rashi points out that the last time אשור was mentioned, they were good guys:

סלה is a very difficult word to translate; in context it is a musical notation but it is not clear what it means. The Targum translates it as “forever”, presumably from the same root as מסילה, a path, as in (ישעיהו סב:י)‎ סלו סלו המסלה: blaze a trail. Thus it has the sense of continuing on the same path. I like translating it not so much as “forever” but as an indication that the thought expressed should go on, “keep this in mind”.

The author then mentions the two previous miraculous battles, from ספר שופטים. The battle of סיסרא and יבין in נחל קישון is the story of דבורה:

The battle with מדין is not the one from our parasha, but the story of גדעון:

Similar to the battle in our parasha, the war is fought with a very limited army; most of the people are sent back לשב על הכלים.

Unfortunately, no one has any idea what עין דאר has to to with either battle (it’s a city in the north of Israel, between the lands of מנשה and יששכר) Presumably that was the city where one of these battles took place; we just don’t have that information.

So to may our current enemies be destroyed. גלגלת, wheel, in this context means “tumbleweed”, like straw scattered in the wind to be consumed in the fire that destroys entire mountains.

Rav Hirsch translates יֹאבֵדוּ not as “they will be lost” but as a consequence of יַחְפְּרוּ, their shame, they will feel lost, as their hopes go down in flames.

There’s a sense of anticlimax here, as we go from אש and להבה to סערה and סופה to קלון to בושה. I think that is intentional, and it’s something we see throughout תהילים‎. The author is trying to de-escalate our emotions. We’re not supposed to read this perek and be fired up to rush out and riot with torches and pitchforks. We look to ה׳ for help. Reacting in anger only makes the situation worse.

Because the goal is not the destruction of our enemies but their conversion to allies, in a world where ה׳ is acknowledged as עליון על כל הארץ.