This week’s parasha tells the story of the end of the 40 years in the wilderness, as בני ישראל approach the Holy Land: 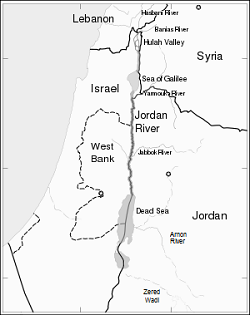 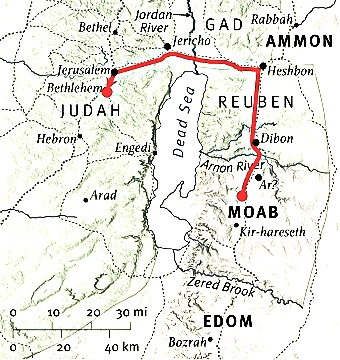 The story of skirting Moab is told more fully in דברים:

The story of what happens on the border of Sichon’s kingdom is told in our parasha:

I have two questions on this paragraph: First, why do we need the history of Sichon? We don’t get any of the history of any of the other nations? It doesn’t seem to affect the actions of בני ישראל. Second, why quote the song? It’s not a Jewish שירה; what’s it doing in the Torah?

The answer to the first question is that we (or at least the original audience of the Torah) knew that ארץ האמרי really was the land of Moab and Amon, and we couldn’t conquer it:

And this will come up 300 years later, in this week’s haftorah:

But why the song? The root משל, meaning parable, only occurs three times in the Torah. Once is our parasha and once is a general expression:

Only one person is noted to say משלים:

So Rashi says that this is an introduction to next week’s parasha and its main character:

And even the expression נלחם במלך מואב הראשון is a hint to next week, when the Torah says that בלק had just been appointed king:

But the gemara is bothered by the term משלים, implying that this is a parable or metaphor, and tries to analyze what it could be a metaphor for, with the assumption that there is a lesson that the Torah wants to convey:

So the original may have been an Emorite victory song, and as such known to בני ישראל, but the Torah includes it here for the lesson from פרקי אבות:

The problem is the assumption here, that if we were able to overcome our emotions, המושלים ביצרם, then we would make the correct moral calculation and realize that sin is not worth it. But that’s not necessarily true. If we know the penalty then maybe we’ll calculate that its worth it (שכר עבירה כנגד הפסדה). In sports, that’s called an intentional foul:

The Netziv looks at our משל as a way to answer that. He starts by retelling the story of Sichon and Moab, noting that Sichon’s fight is in the passive voice:

He proposes that Sichon was invited to fight in Moab but ended up taking over:

(We see this in Jewish history in the Roman occupation of Israel, when Pompey was invited to settle the civil war between Aristobulus and John Hyrcanus)

Then he connects this to the gemara that discusses a עבירה לשמה:

The problem of הוי מחשב הפסד מצוה כנגד שכרה, ושכר עבירה כנגד הפסדה is not for those who act without thinking. It’s for those who carefully, rationally analyze the situation and decide that an עבירה לשמה. The Netziv (who was no stranger to מחלקת) points out that too often we decide to fight לשם שמים, not realizing that what inevitably happens is אש יצאה מחשבון and destroys everything in its path.