This shiur was inspired by Rav Yehudah Copperman’s פשוטו של מקרא, section 4, chapter 2, on Rashbam’s approach to פשט. Rashbam, רבי שמואל בן מאיר, was a grandson of Rashi, one of the major בעלי התוספות (in parts of the talmud where Rashi’s commentary is incomplete or missing, Rashbam’s commentary is printed as the commentary on the text). This week’s parasha contains his famous introduction to the goals of his Torah commentary:

He is emphasizing that while there are שבעים פנים לתורה, the עיקר, the “important” way to read it, is the דרש, the text interpreted in the light of the תורה שבעל פה. However, אין מקרא יוצא מידי פשוטו, there is value (religious value) in understanding the פשט, the text as understood through the eyes of a sophisticated reader without the knowledge of the מסורה of the תורה שבעל פה. And that is Rashbam’s mission in his Torah commentary. He is filling a gap that those who learn only Talmud are missing.

And then he adds a nice little vignette about his grandfather, Rashi:

My question when reading this is, why now? We’ve been reading the text of the Torah for the past 2 months. Why an “introduction” in פרשת וישב?

First, what does Rashbam tell us about this pasuk in particular? He is going to tell us the פשט, and it is different from the דרש. His דבר המתחיל is אלה תולדות יעקב, and that is what he is addressing:

This is from the midrash:

I think this answers why Rashbam brings his Rashi story here; it is a cute illustration of תולדות רש״י:‎ שמפרשים בני בנים.

He mentions that he deals with the meaning of תולדות in his commentary on Noach, but when you look for that commentary; you can’t find it (Sefaria has אלה תולדות נח: בני בניו, but that’s just an interpolation from our comment, based on the work of Rabbi Hillel Novetsky). There is no commentary by Rashbam on Noach. And therein lies a story.

I do have to mention that the “found” commentary on בראשית is controversial. Some think it is a forgery, based on the fact that the comments there are contrary to the halacha. But that’s a weak argument; Rashbam (even in the “accepted” text) explicitly says that his comments are against the halacha; that’s why he says עיקרה של תורה באה ללמדנו…ההגדות וההלכות והדינין. Rav Yaakov Kaminetsky (אמת ליעקב בראשית א:ד) accepts it as authentic, and that’s good enough for me.

When we look at the beginning of his commentary, he does have an introduction right where you would expect it:

And he “introduces” his goal a lot:

I would say that this is paralipsis, like Rashi’s איני יודע מה מלמדנו or יש מדרשי אגדה רבים. He is intentionally drawing attention to the things he is not saying, that the דרש here is important. He offers an apologia for only bringing the פשט, because פשט is his goal, and he is flattered that you are reading it, but you really should know the תורה שבעל פה side first, because his comments are going to be different. (Why the Torah as given should be different from the תורה שבעל פה, is not Rashbam’s concern. That is the subject of Rav Copperman’s ספר).

I think he is hinting at the whole purpose of ספר בראשית.

ספר בראשית is where we learn the principles of moral behavior, things that cannot be specified in dry, black-letter law. We read the stories of the אבות to learn from them, and the מדרשים that fill in the details illustrate what חז״ל wanted us to learn from them.

Rabbi Leibtag points out that the sequence of תולדות forms the outline of ספר בראשית:

Our תלדות יעקב is the last section of ספר בראשית. Rashbam’s comments are not an introduction, but a conclusion. He addressed the midrashic idea of תלדות back in his introduction to בראשית א:א—‎אֵלֶּה תוֹלְדוֹת הַשָּׁמַיִם וְהָאָרֶץ בְּהִבָּרְאָם, ודרשו חכמים: באברהם. He is telling us here that he will continue to explain the פשט of the text, but if you’ve gotten to this point, you’ve read all the תולדות, and only read פשט, then you’ve missed the עקר. You would be better off just watching the musical. 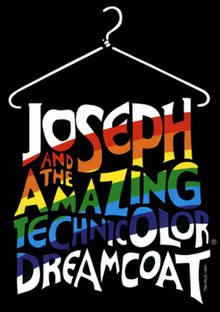 Rashbam is reminding us that the דרש on the narrative parts of the Torah, what we call אגדה, is no less important than the דרש on the הלכה. The Torah is not a book of stories; it is our ethical and spiritual DNA.